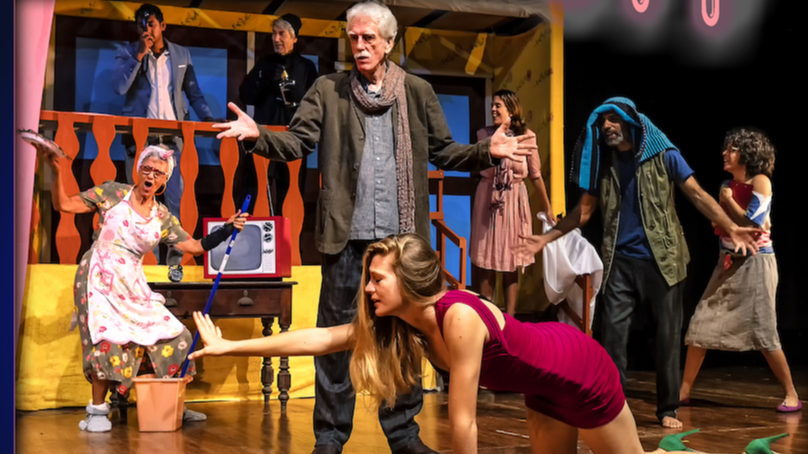 Noises Off is a 1982 play by the English playwright Michael Frayn. The idea for it came in 1970, when Frayn was watching from the wings a performance of The Two of Us, a farce that he had written for Lynn Redgrave. He said, "It was funnier from behind than in front, and I thought that one day I must write a farce from behind."[1] The prototype, a short-lived one-act play called Exits, was written and performed in 1977. At the request of his associate, Michael Codron, Frayn expanded this into what would become Noises Off. It takes its title from the theatrical stage direction indicating sounds coming from offstage.

"No actors in the world can be more suitable  for this comedy than this crazy cast of Aurovillians. They 're perfect for their roles, trust me!"    Francesca


The Noises Off cast and Director invite everyone to participate in the fundraising organized by us to redo the stage of the Bharat Nivas Auditorium, now damaged to the point of urgently needing repair works.
Therefore spectators are invited to contribute at the exit of the show. Contributions will be of course voluntary.